At the age of thirteen Ayn Rand wrote in her diary, “Today I decided to become an atheist.”

Those words stand in stark contrast to those written in the front of Wayne Grudem’s book “Systematic Theology”.

Grudem says thanks to “my Baptist pastor, who awakened in me a love for systematic theology by teaching a class on Christian doctrine when I was thirteen years old.”

As I considered this contrast I was struck (not by the two very different experiences) but by the age thirteen. Children are capable of thinking through issues and forming conclusions at young ages. Not only are they capable, but they’re forming opinions about ultimate issues anyway, whether we realize it or not.They won’t have fully developed views and they will get many things wrong, but they are forming opinions nevertheless. It’s our job to help them through this process. It’s our job to help them arrive at conclusions grounded in Scripture. We don’t need to hide from other philosophies but must help our children know how to understand opposing worldviews.

To be prepared for life, children need to understand the dominant philosophy of the culture around them. The world is filled with materialist and naturalist – those who believe only in the natural world and reject anything supernatural. These people mock Christian beliefs, pass laws which suppress Christian morality, and think Christians are strange. We shouldn’t be surprised by this; Jesus warned His disciples about the hatred of the world (John 15).

We need to prepare our children for this antagonism. At the same time, we don’t want them to fear the world or it’s ideas. We want them to pursue the world with the love of Christ and the truth of God’s Word. Our children won’t be able to share God’s truth if they don’t know it intimately. And they won’t be effective at reaching the lost if they don’t understand what motivates the world.

How does a non-Christian think? What is the unsaved person seeking? Why do they hate Christ?

To help our children understand the world around them is a tricky endeavor. The world is a cesspool and we don’t it’s filth rubbing off on our children. But children rub up against the world even in the most sheltered home. There is no escape, only wisdom and discernment. 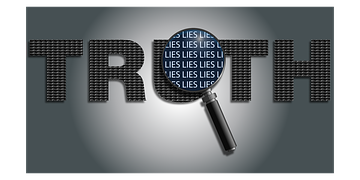 As I teach my children about Christ, the big issues of life, and the world around them, one subject has recently grabbed my attention more than others – the theory of evolution. Charles Darwin was wrong about origins, but his theory, and its descendants and offshoots, permeate our culture. I can’t keep my children from this theory – it’s in books, on television, and basically everywhere – but I can prepare them to face it wisely.

Creation Science has always interested me and I’ve read several books on the topic, but I’d never read much by evolutionist. Now that I have, I’m glad I did.  In an effort to prepare my children to face the world, I’ve finally read Darwin myself. Then after “On The Origin of Species” I read a book by one of today’s leading atheist. It’s fascinating to see things from the perspective of an unbeliever.

Charles Darwin had a powerful mind and asked a lot of good questions. Unfortunately he arrived at the wrong answers. Reading his book reminded me of God’s common grace. The ability to think and reason and do scientific experiments are all possible because God gave us minds to use as we explore His world. But as Christians we realize our minds are fallen (Genesis 3) and we have rejected God as Creator (Romans 1). This was Darwin’s problem. His view of origins was tainted by his fallenness.

This year my teen girls are reading several apologetic books. We are discussing them together in an effort to see the truth of God’s Word in contrast to the folly of the world. I helping them think about the big issues of life through the lens of Scripture. Of course I don’t have all the answers. But I’m the dad and this is my job. It’s my job to teach them about Christ and about the world God has called them to live in. It’s my job to be a faithful dad and by God’s grace my children will be Grudem teens rather than Rand teens.